Happy to Color Outside the Lines!

Alternatively titled, “What you cook when chicken is poison and you only have a few things in the house.”

So I hate factory farmed meat, but sometimes it’s the only budget friendly option. I had quite a few bags of a particular brand of chicken that was not officially recalled, but was essentially poison.

Ok, that was dramatic.

The chicken was supposedly fine if you cooked it well, but if you didn’t  you might end up with a drug-resistant strain of salmonella in your body.

I wasn’t taking chances. Every time I looked in the freezer, my brain so a big, red “X” over the bags. A germ-a-phobe just can’t help it. Truth? I’m a little bit food safety paranoid.

I live an hour away from the nearest [decent] grocery store, so I had to use up what I had, which was several packages of organic ground beef from Costco. It’s not only what I had, it’s what I had in abundance. I have used ground beef in a million ways in the last week.

I ordered bok choy in my CSA box this week with the intention of making a bok choy/chicken stir-fry. Obviously, that wasn’t going to work.

It was so pretty though, it had to be used somehow. 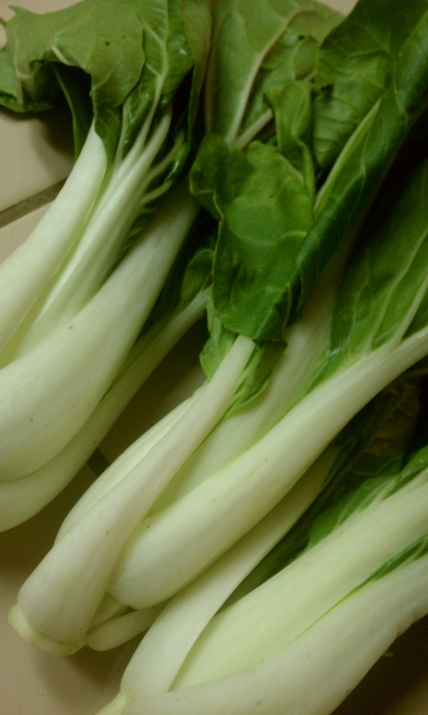 Because the cooking time of the stalks and leaves are different, I washed then separated the leaves from the stalks and chopped them both coarsely. I then set them aside while I cooked the ground beef. 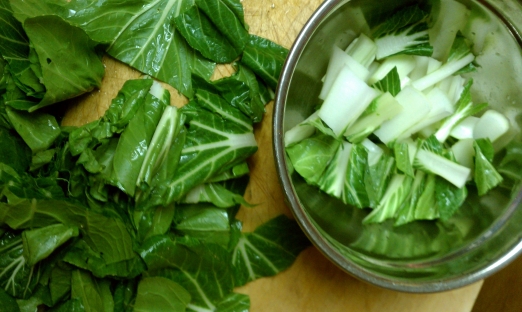 Once the ground beef was browned, I added a bit of high heat sunflower oil and threw in my broccoli. I don’t have a wok, so I cooked it all up in my coated cast iron pot. A wok is better, but whatevs. My broccoli is frozen because I can’t find broccoli fresh around here yet. I was wishing I had more gai lan from my last farmer’s trip, but I was out. It would have been perfect. 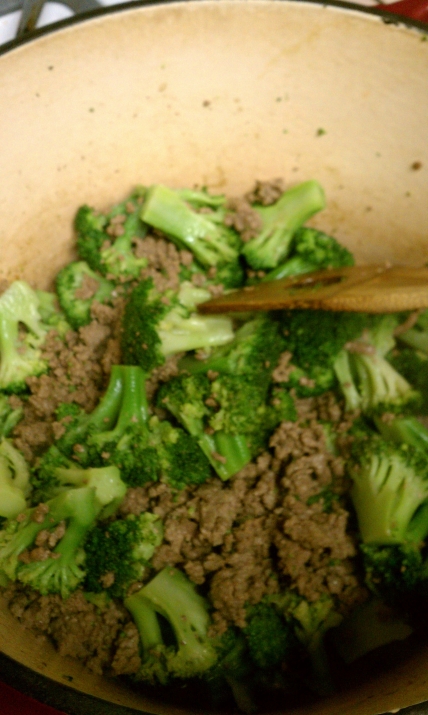 While that was cooking, I prepared my sauce.

In one bowl, I whisked together:

In a separate bowl, I combined:

Once broccoli was beginning to thaw, I added the chopped bok choy stalks.

I added about 2 tablespoons of water to the pot and put the lid on, steaming the veggies for about 2-3 minutes. I like my veggies tender. If you like yours crisp, skip this step.

Once veggies were tender, I added the bok choy leaves and cooked another 2 minutes or so until they were wilted.

Once all veggies were at the desired tenderness, I whisked my cornstarch mix into the bragg’s mix and then added to the pot, stirring constantly until it thickened, about 1 minute.

Serve immediately. The kids had rice. We ate ours without. 🙂 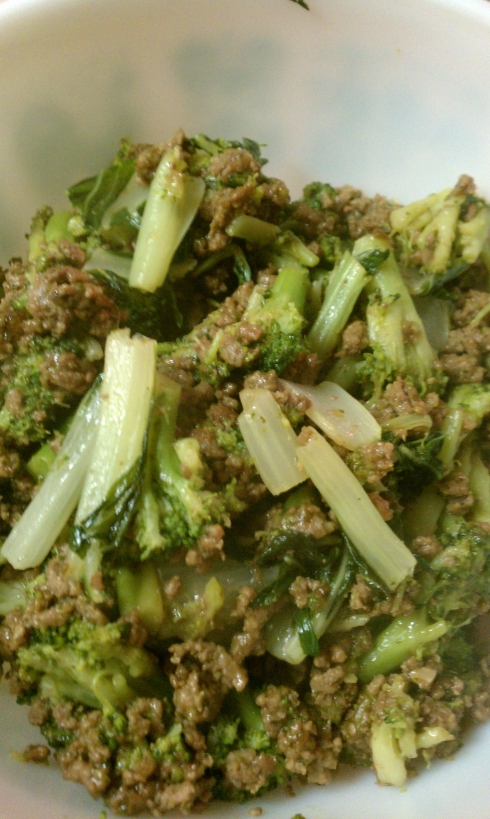 Super yummy, and the leftovers were even better the next day. It came together quickly, had tons of veggies and protein, and did just fine standing on it’s own without its old buddy, Rice.

The best part? It screamed “resourcefulness” and didn’t require any fancy ingredients. I was able to make it from what I had on hand without involving the “Red X” chicken.

Not exactly a conventional use for ground beef, but a tasty alternative to paranoia. 😉